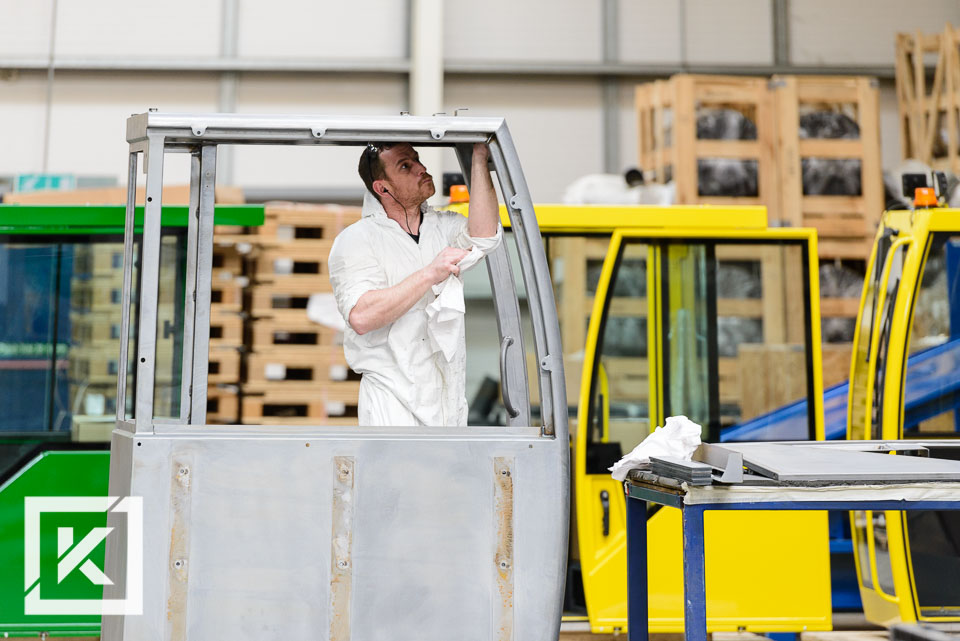 End customer has requested a cabin that the operator can either exit via a side sliding door or a front opening door. Sideloader will be operating in narrow aisle widths meaning a standard cabin poses a H&S Concern as the user may become trapped!

OEM Overview
The OEM is a specialist forklift & straddle carrier manufacturer producing a wide range of customised handling solutions, all of which are designed for the safe, space saving and very productive handling of long and bulky loads.

The Challenge
Cabins are denoted as a Class A safety critical component. As such the design and manufacturing of cabins is a complex and in-depth process. The challenge here was to design and manufacture a cabin which was certifiably safe (Rops & Fops approved) , functional, modern in appearance and within budget.

The Solution
Keltech developed a full set of workable drawings. Mutually agreed final scope is then signed off and prototype is manufactured. Prototype fitted followed by final review, any amendments are then made and cabin is produced.

Benefit for the OEM