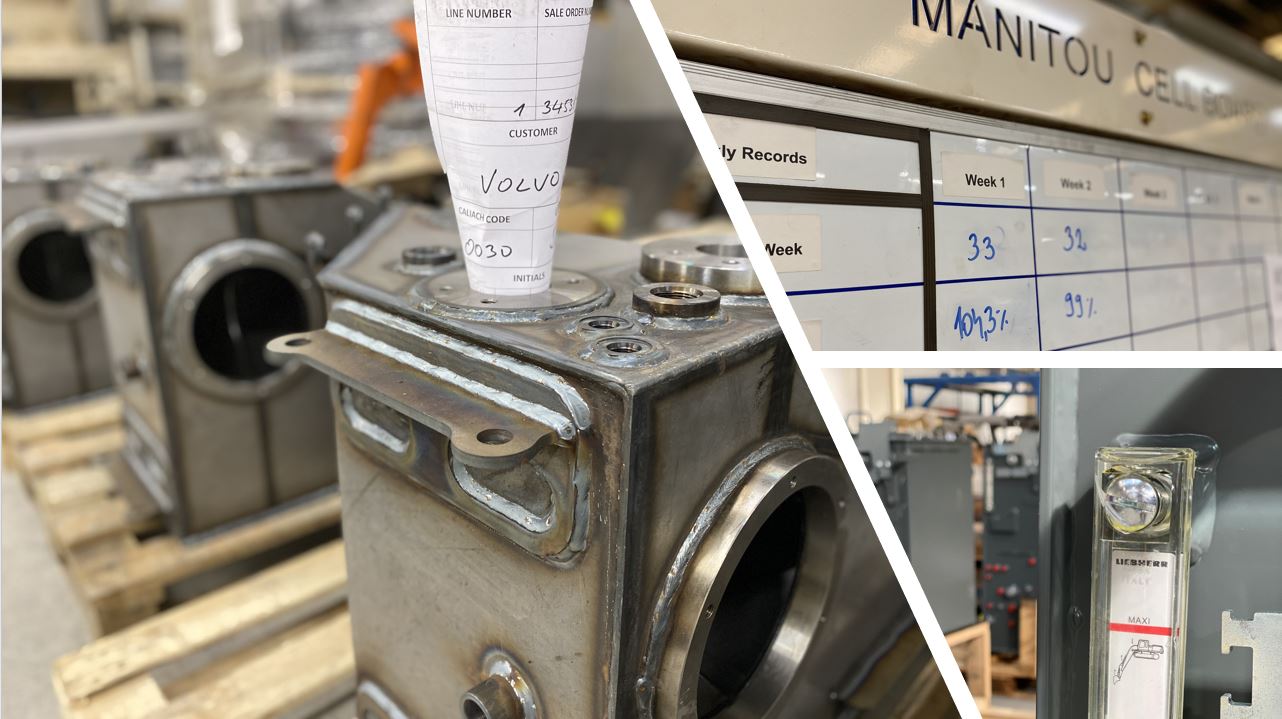 With Keltech's most recent customer acquisition we can now lay claim to an enviable fact; from our Irish facility based in County Waterford we supply steel fuel & hydraulic tanks to 6 of the top 10 construction original equipment manufacturers (OEMs) in the world...

Keltech have been producing tanks for Irish customers for over 20 years but our growth has been supercharged in the last 5 years as the companies international reputation and customer base has developed exponentially.

The catalyst for this growth came from a repositioning of the company strategy in 2014. Up to this point Keltech were classed as a general sheet metal sub-contract business operating in what can only be classed as a commodity type arena where business was won predominantly on price. Reviewing that strategy in detail the senior management team took the decision that long term the approach was unsustainable. Looking at the then current product we manufactured at Keltech the decision was made to focus predominantly on 3 key areas namely: Tanks, Acoustic Enclosures and Overhead Guards & Cabins. This focused approach would allow the company develop our people and processes in a concentrated way to become the true experts in these fields.

Our timing proved to be spot on as it coincided with a big shift in the Tank market. Up to this point tanks were seen by OEMs as just another fabrication to be procured and as such were in the commodity category of buying “cheapest price wins”. However around this time it became evident to the OEM’s that the reality was now something different. Changes to fuel & hydraulic systems had made their machines incredibly sensitive to contaminates that may enter the system at build stage. The world had become a smaller place too. Machines made in Ireland or the UK could end up operating anywhere in the world, warranty problems on a new machine in the field related to the tank (such as leaking) were not small issue’s or a quick fix.

Keltech analysed these market trends. Owing to the fact that we had been already producing tanks for well over a decade at this stage we realised our existing competency levels around key areas such as leak testing were already quiet high in comparison to the competition; we just hadn’t been marketing it. With the addition of a bespoke internal tank washing station to our tank process chain we began directly targeting what we classed as “Sweetspot” OEMs. Progress was swift, customers in the UK & Ireland immediately latched on that Keltech were providing a real solution to the industries major pain point.

Turning a Negative into a Positive “Brexit”
Mid 2016 and growth continued at a positive pace with the acquisition of some major new brands based in the UK & Ireland. Then came the announcement that the UK had voted to leave the EU. Conscious of the risk and uncertainty that surrounded Brexit we took the decision to look further a field and the sales team started to target OEM’s based in mainland Europe. This was a first for the company but it turned out to be a key step in our development. Attending the 2016 Bauma fair in Munich (World’s leading construction machinery trade fair) it became apparent that the scale of the opportunity in Europe was enormous.

Pitching to prospective clients in mainland Europe around early 2017 it appeared our timing once again was spot on. OEMs were experiencing record levels of demand for their equipment so the appetite to add new high quality suppliers was large. Keltech was not a familiar or even known brand in Europe at the time and the comment regularly came as “Your based where? Ireland???”… However armed with our targeted approach of being a “Tank Manufacturing expert” and not just another general sub contract company the end customers engaged quickly after the initial hesitation….

Fast forward to where we find ourselves today:

-Our business in the UK & Ireland continues to prosper. Despite Brexit we have acquired several new customers in the UK in recent years who are more concerned with finding a top quality tank solution for their equipment versus the economic factors/possibilities which are outside of their control.

-In mainland Europe we now supply OEM’s in Germany, France, Belgium and early next year will start our most geographically distance account with an OEM based in Austria.

-And finally; we now supply 6 of the top 10 construction original equipment manufacturers (OEMs) in the world…