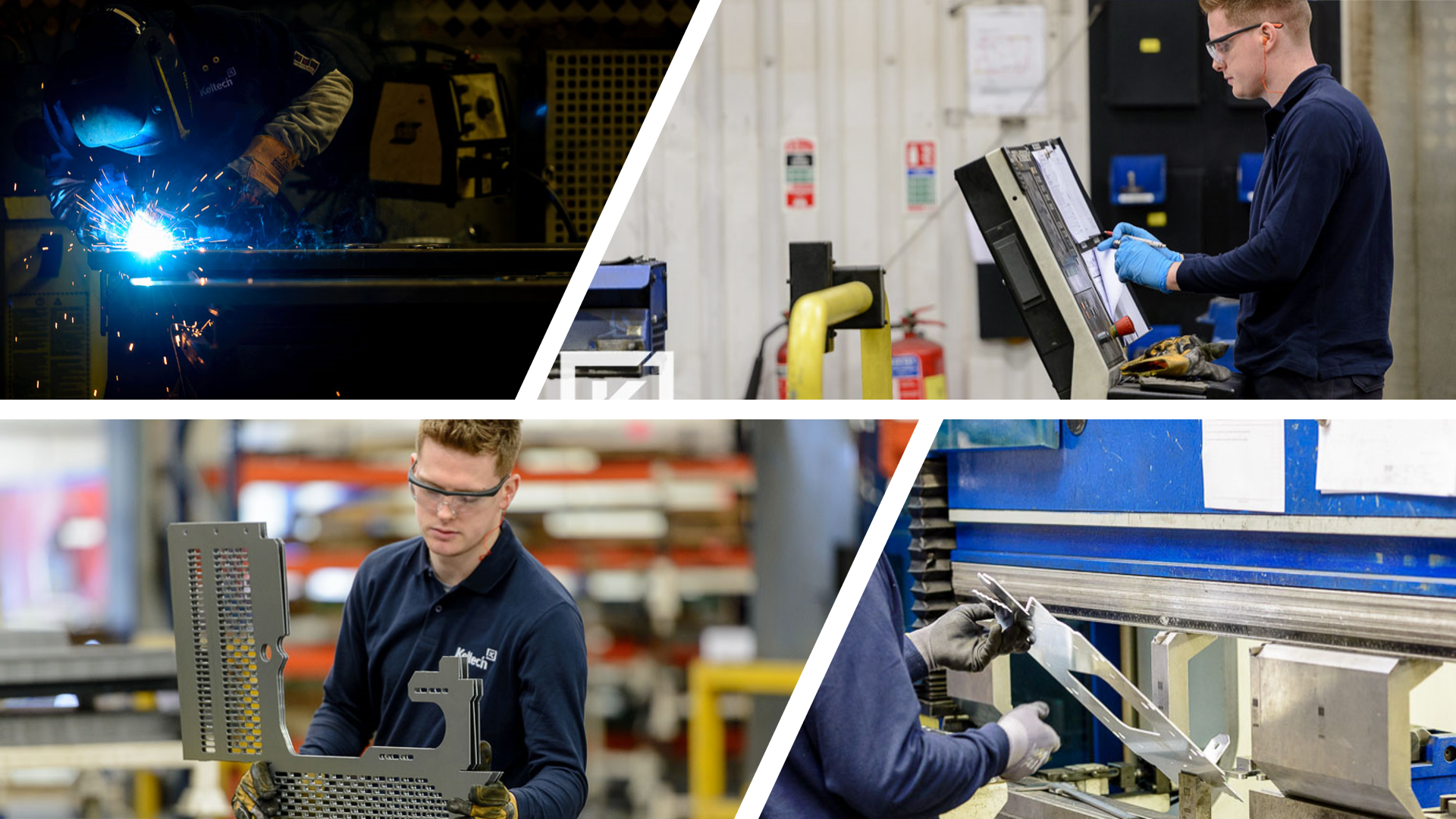 Niall Madden recalls being constantly told by his teachers in secondary school that 3rd level education was the best route to take after school. Trusting his instincts however the now 26 year old joined Keltech in 2011 to pursue a more hands on career right from the off.

Having been identified by Keltech senior management as a candidate with high potential Niall was chosen to be the very first Keltech employee to undertake a 4 year Apprenticeship in Metal Fabrication, on completion Niall will hold a QQI Level 6 Advanced Certificate Craft – Metal Fabrication.

Now in his second year of the apprenticeship Niall is delighted with his decision. “I really feel like this was a much better option, I wasn’t much into the books in school and I don’t think I’d have lasted long in traditional third level anyway.”

Pat Power Niall’s mentor for the duration of the programme and himself a Qualified Fitter explains the driving factors behind Keltech’s decision to begin offering apprenticeships to high potential candidates. “In the past 5 years we certainly noticed a drop in the skill level of young candidates applying for roles at the factory. The company has been and always will be built on the skills of our workforce, our reputation of turning out top quality product is industry renowned. Im a big believer in personal development; investment in skills and training. Having served my own time over 30 years ago now those core skills I acquired are still every bit as applicable today as they were then.”

So what next for Niall? By the time he has completed the 4 year programme he will be highly proficient in all areas of the manufacturing process; Panel Bending, Welding (MIG & TIG), Paint Preparation and Finishing, and both Mechanical and Electrical assembly. Niall will soon be absorbed into the NPI (New Product Introduction) team says Pat “Instead of the traditional approach to prototyping where sample parts are made alongside ongoing production we now plan to create a rapid prototyping cell where Niall will take the sample from flat sheet steel right through to the finished assembly in a fraction of the time. This approach we hope will cut our prototype lead time to the customer in half we estimate”

All enquiries for employment should be directed to careers@keltech.ie.